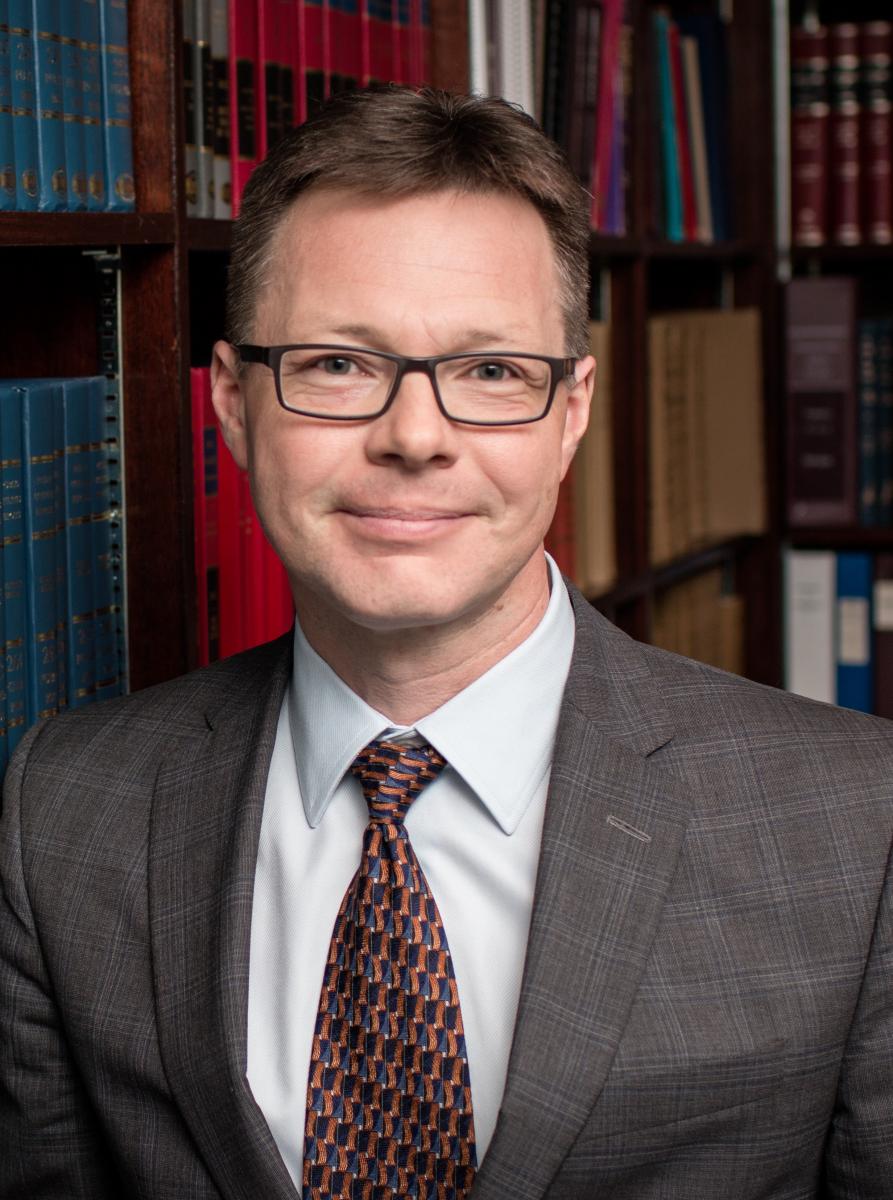 Before joining the Board, Mr. McGrath was a Director of Legal Services with the Nova Scotia Department of Justice, with shared responsibility for the management of legal services for departments and agencies throughout the provincial government. Mr. McGrath was with the Department of Justice for 16 years, and before assuming his role as director, held various positions in the Legal Services Division. His work included advice to the Nova Scotia Department of Energy and appearances before courts and administrative bodies on behalf of numerous departments and agencies of the Government of Nova Scotia. Mr. McGrath was awarded the Premier’s Award of Excellence in 2009 for his work to determine the methodology for Crown Share Adjustment Payments to the Province of Nova Scotia under the Canada-Nova Scotia Offshore Petroleum Resources Accord. Before joining the Province, Mr. McGrath was a partner with the Dartmouth, Nova Scotia law firm, Boyne Clarke. During his 10 years there, his practice focused on commercial litigation and environmental law.

Roland Deveau was appointed as a Member of the Nova Scotia Utility and Review Board in December, 1998 and named as Vice Chair on August 20, 2012.

Before joining the Board, Mr. Deveau practiced law with the firm of Pink, Macdonald, Harding in Yarmouth and Pointe de L'Église, Nova Scotia, where his preferred areas of practice were municipal, administrative and commercial law. He was also involved in various community economic development initiatives, including serving as President of the local Chamber of Commerce.

Mr. Deveau is a Past President of the provincial association of French speaking lawyers, as well as a former director and officer of the national “Fédération canadienne des juristes d'expression francaise de common law". He has also served on Bar Council of the Barristers' Society. In 2016 and 2017, he served as President of Golf Canada (the sport's governing body in Canada), and has chaired its Audit and Risk and Compensation Committees. He was Canada’s representative on the R&A Amateur Status Committee in St. Andrews, Scotland from 2014 to 2016. He is a nationally certified golf rules official who has officiated in both provincial and national amateur and professional golf championships, including the PGA Tour.

He holds a Bachelor of Law and a Bachelor of Science (Chemistry) from Dalhousie University and received his King's Counsel (K.C.) designation in 2010. He is a member of CAMPUT: Canada’s Energy and Utility Regulators, the National Association of Regulatory Utility Commissioners (US), the Nova Scotia Barristers' Society and the Canadian Bar Association. 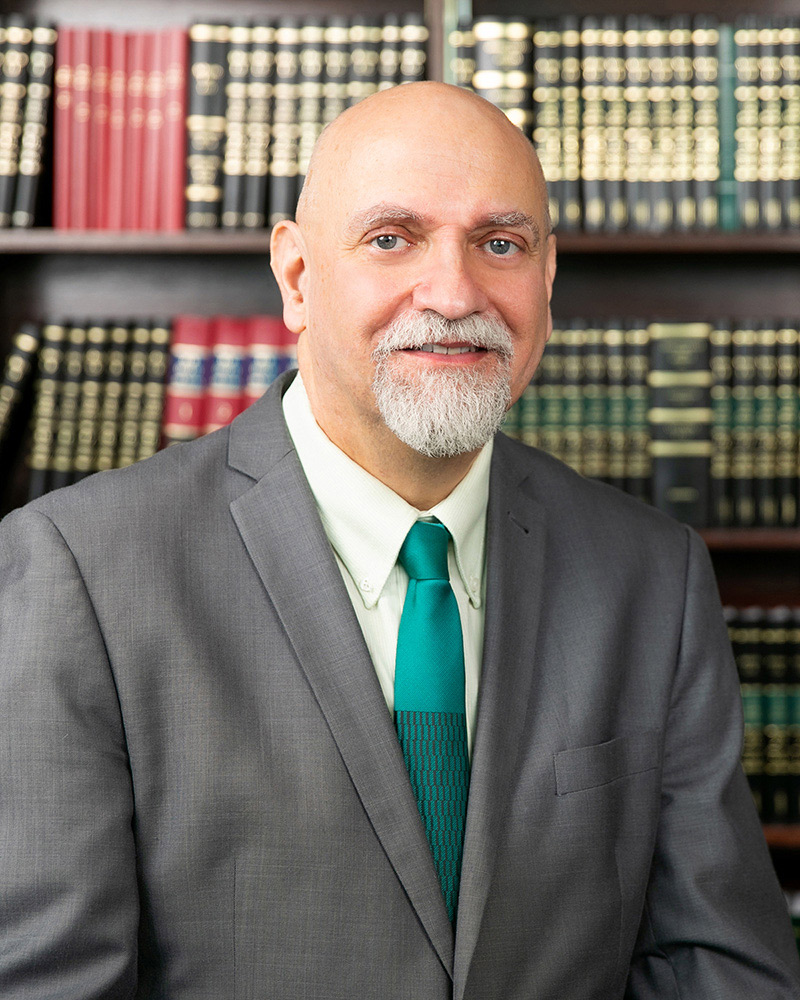 Mr. Melanson was appointed as a full-time member of the Board on July 28, 2016. Originally from Corberrie, Nova Scotia, before joining the Board, Mr. Melanson practiced law in Halifax for 27 years with Blois Nickerson and Bryson LLP. He had extensive experience in administrative law, having acted as an outside counsel to the Board for over twenty years and acted for or appeared before various other administrative tribunals and agencies. He also practiced in the areas of corporate-commercial law, real property transactions, bankruptcy and insolvency and civil litigation. He was involved in the firm’s management, chairing the firm’s articling committee, together with sitting on the firm’s partnership and associates compensation committees.

Mr. Melanson received his Bachelor of Arts (French major-1981) and Bachelor of Education (1983) from Université Sainte-Anne. He is a graduate of Dalhousie Law School, receiving the University Medal in 1988, awarded to the student who achieved the highest average of those obtaining first class distinction in third year studies. He was admitted to the Nova Scotia Bar in 1989.

Mr. Melanson has been an active volunteer in the legal community, including sitting as a Commissioner on the Law Reform Commission of Nova Scotia and the Board of Directors of the provincial association of French speaking lawyers. He has also served as a volunteer with various professional and civic organizations, including chairing the discipline committee as a member of the Board of Examiners of the Nova Scotia Association of Social Workers and holding the position of treasurer with Canadian Parents For French (Nova Scotia).

He is a member of the Nova Scotia Barristers’ Society, the Canadian Bar Association, CAMPUT: Canada’s Energy and Utility Regulators, and the National Association of Regulatory Utility Commissioners (US). 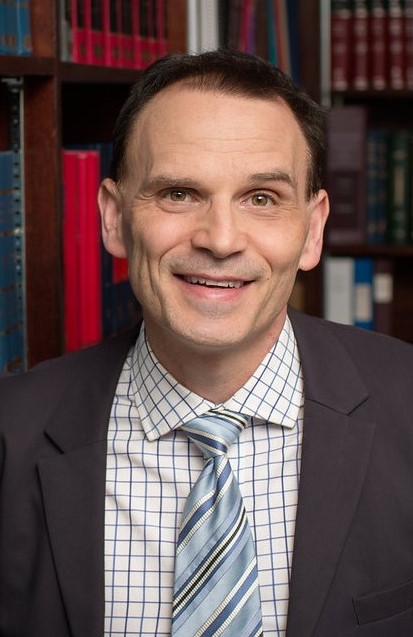 Mr. Murphy was appointed as a full-time member of the Board on July 28, 2016. Prior to joining the Board, Mr. Murphy worked for 28 years in the Engineering Consulting Industry. He previously worked for WSP Canada and AECOM Canada Ltd., where he served as Senior Manager for Atlantic Canada for both firms. He also worked for CBCL Limited as the Manager of the Municipal Engineering Department, as well as a Senior Project Manager. The primary areas of his engineering practice were water, wastewater and municipal infrastructure projects, providing him the opportunity to work with a number of Municipalities and Utilities throughout Atlantic Canada.

Mr. Murphy holds a Diploma in Engineering from Dalhousie University, a Bachelor of Civil Engineering from Technical University of Nova Scotia, and a Masters of Business Administration from Dalhousie University. He has been a registered professional engineer with Engineers Nova Scotia since 1990. In 2003, he was presented with the Citizenship Award from Engineers Nova Scotia. He is also a past member of the Atlantic Canada Water and Waste Water Association Scholarship Review Committee, the American Water Works Association, and the American Public Works Association.

Mr. Murphy has also demonstrated professional and community service involvement. On the professional side, he is a former member of the Board of Directors of the Consulting Engineers of Nova Scotia and Dalhousie Engineering Alumni Association. On the community side, he served as Chair of the Halifax Regional Municipality (HRM) Downtown Design Review Committee. He is also an Associate Member and Past National Vice-President of the Canadian Progress Club, where he was presented with a Canadian Progress Club National Member of the Year Award in 2009.

He is a member of CAMPUT: Canada’s Energy and Utility Regulators, and the National Association of Regulatory Utility Commissioners (US). 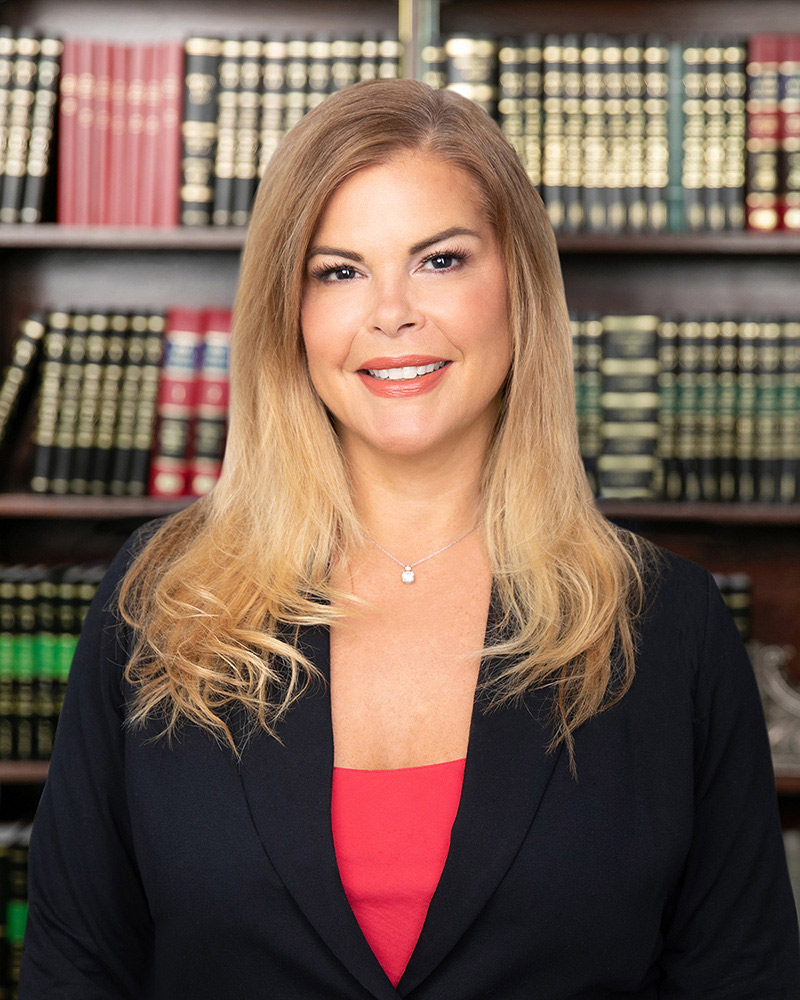 Jennifer Nicholson was appointed as a Member of the Nova Scotia Utility and Review Board in April 2018.

Jennifer is a graduate of Saint Mary’s University and in 1997 qualified as a Chartered Accountant (now a Chartered Professional Accountant). She qualified with Ernst & Young and following that has held a number of positions. She was Senior Director Stakeholder Relations for Emera from 2006 to 2010.  Following that, she was Executive Vice President and Vice President Investor Relations with Brigus Gold. She was CFO and Director of Risk, Environment, Social and Governance for Halterm and prior to being appointed to the Board was a partner in Executive Finance Partners Inc. which, among other things, provided courses in Ethical Intelligence, Board Governance and Executive Presence and provided CFO for hire services for small and medium sized businesses. For a number of years she was a lecturer at Saint Mary’s University and an instructor at the Atlantic School of Chartered Accountancy. Among Jennifer’s volunteer activities are Board Chair of the Blue Nose Marathon, member of the Saint Mary’s University Board of Governors, Treasurer and Secretary of CAMPUT, past Council member of the Institute of Chartered Accountants, Treasurer of Canadian Martyrs Minor Basketball and a number of other community and charitable organizations. 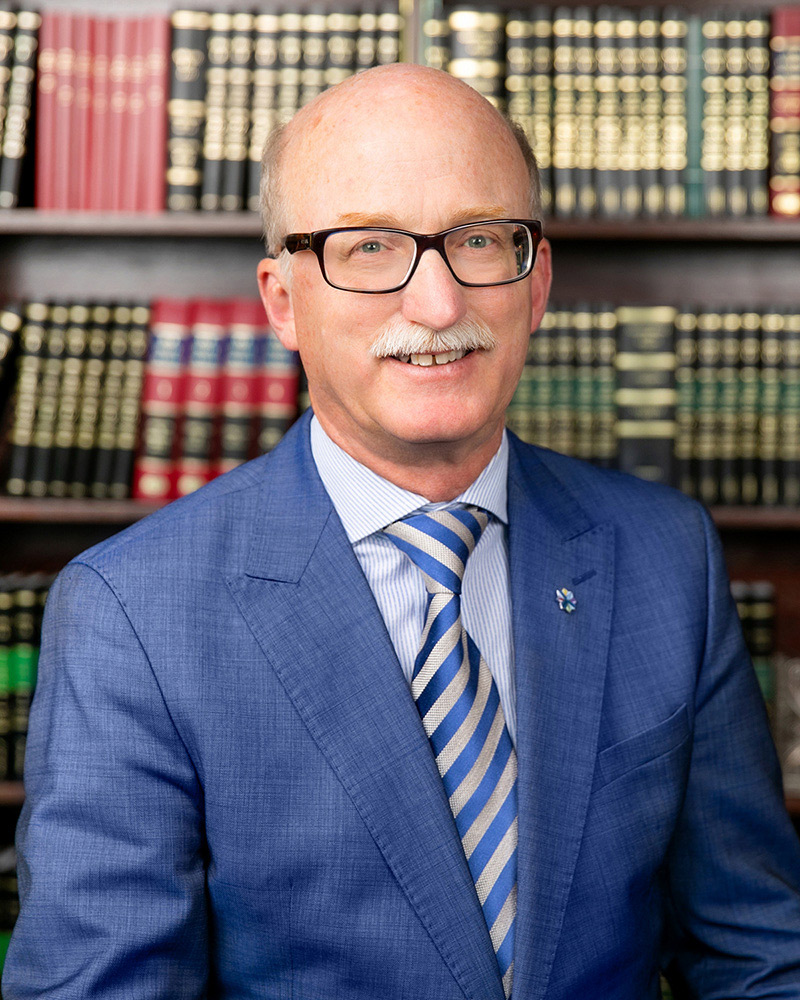 Mr. Fisher was appointed as a full-time member of the Board on March 1, 2022.

Prior to his appointment Mr. Fisher served in various positions at the Halifax Regional Municipality, most recently as Director of Financial Policy and Planning. During that time he was involved in policymaking on a broad range of topics including budgets, taxation, debt, reserves and low income assistance. He served as a volunteer with the Federation of Canadian Municipalities, advising municipal governments in Sri Lanka and the Ukraine. He was previously employed with the Federal Department of Industry in Ottawa and the Nova Scotia Department of Finance.

Mr. Fisher has previously appeared as an expert witness before the Nova Scotia Utility and Review Board and has lectured at Dalhousie’s School of Public Administration. He is a graduate of the University of Kings College (Political Science), Dalhousie University (Masters of Public Administration (MPA)) and is a Certified Public Accountant (CPA, CMA). 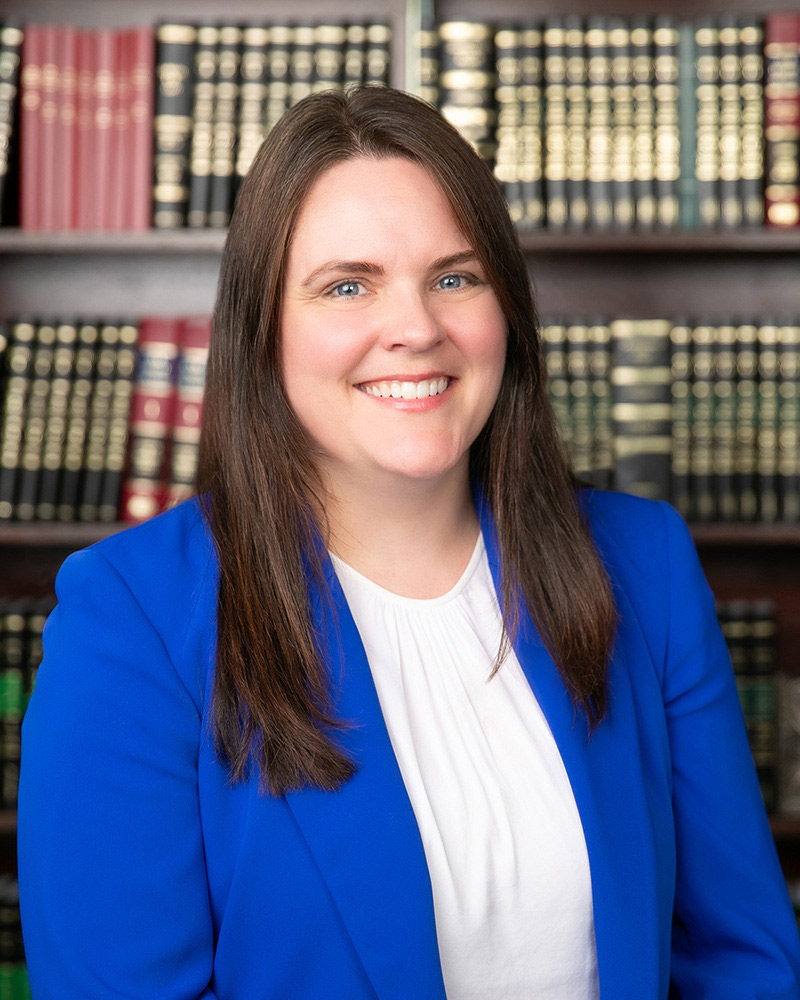 Prior to that she served as a Managing Lawyer with the Legal Services Division of the Department of Justice. While with the Department she was a member of the Government and Social Services Team, providing legal advice to the Department of Education and Early Childhood Development, and formerly to the Alcohol, Fuel, Tobacco and Gaming Division of Service Nova Scotia and the Department of Economic Development. Prior to joining the Province she spent 12 years with Global Affairs Canada, working as a diplomat and legal specialist in Ottawa and at the Canadian Embassy in Washington DC as a Representative of Canada to the Organization of American States. Her legal work with the federal government focused on International Human Rights and Economic Law and Canada’s Economic Sanctions regime.

Ms. Clark was called to the Nova Scotia Barristers Society in 2005. She is a graduate of Mount Allison University and the University of New Brunswick Law School. She serves as an executive member of the Board of Directors of the Lung Association of Nova Scotia and Prince Edward Island and volunteers with a number of community-level organizations.

M. Kathleen McManus, K.C., born and raised in Halifax, Nova Scotia, received her Bachelor of Science degree in mathematics in 1985 and her Bachelor of Arts (Honours) degree in history in 1987 from Dalhousie University. As a Commonwealth Scholar, she received her Doctorate of Philosophy in Constitutional History from the London School of Economics, London, U.K. in 1992. In 1995, she received her Bachelor of Law degree from Dalhousie University. Upon completion of her clerkship with Justice Arthur J. Stone at the Federal Court of Appeal, she was admitted to the Ontario Bar in 1997 and to the Nova Scotia Bar in 2006. She joined the Department of Justice (Canada) in Ottawa in 1997 where she practiced as a civil litigator. She continued this practice upon her move to the Department of Justice (Canada) in Halifax. Her primary areas of practice include administrative law, employment law, constitutional law and Crown law. She has appeared before all levels of court in Nova Scotia, New Brunswick, Newfoundland and Labrador, Ontario and the Federal Courts, as well as the Canadian International Trade Tribunal and the Canadian Human Rights Tribunal. She was appointed King’s Counsel in 2022.

Throughout her career, Ms. McManus has been engaged with her profession and community. She is currently serving as President of the Canadian Bar Association – Nova Scotia Branch and was actively involved with the Nova Scotia Barristers’ Society and The Advocates’ Society. She has been a part-time member of the faculty at Dalhousie Schulich School of Law since 2002, where she teaches Crown law. She is the co-founder and co-chair of the Crown Law Symposium, an annual event in partnership with the Schulich School of Law, Dalhousie University.